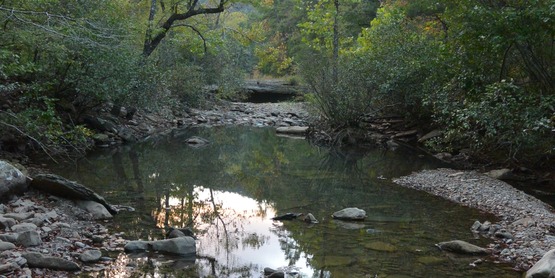 This lively event will provide municipal officials, board members, conservationists and others interested in protecting streams and wetlands with tools that improve water quality, and reduce flooding and property loss in a changing climate. Light dinner will be provided.

To register, contact Maria Christian at mjc72@cornell.edu or 607-272-2292. Please indicate your role (if any) with an organization such as a planning board, citizen group, agency, etc.

This training may count for your training credits, such as for planning board members. Please check with your local municipality. Certificates will be provided documenting 2.5 hours of training.

$10/person payable by credit card in advance or cash/check at the door. 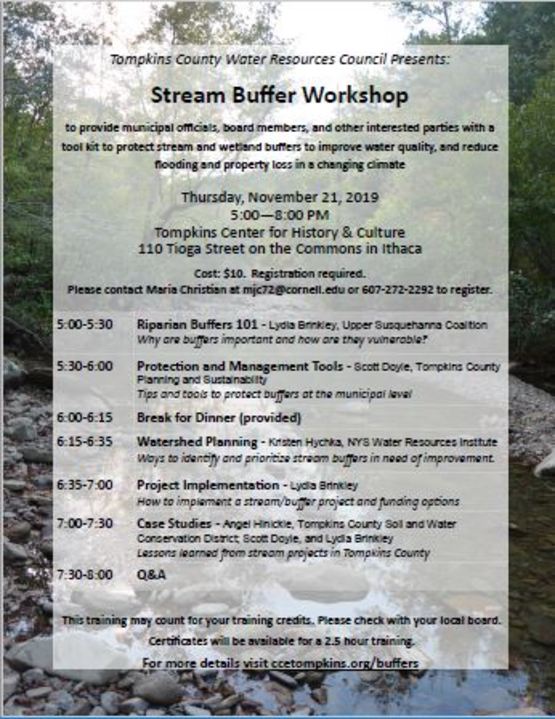 NOTE: Ample parking on the street and in the nearby Seneca Street Garage.

Also known as riparian buffers and filter strips, stream buffers are listed under NYS Climate Smart Communities as a climate resiliency action. "Riparian buffers include floodplains and other natural areas between streams or other water bodies and human land uses. Expanding riparian buffer areas and restoring vegetation, especially native trees and shrubs, in buffer areas can help reduce some of the impacts of existing and projected future flooding. Vegetation along streams, wetlands, and other water bodies can protect or restore those water bodies and contribute a natural buffer around flood zones. Healthy vegetated riparian buffers can intercept rainfall, filter runoff, capture sediment, absorb excess floodwaters, provide shade and reduce stream temperatures, reduce erosion, and slow down the flow of the water. They also offer benefits to habitat and contribute to ecosystem resiliency. Riparian buffers can help reduce the effects of heavy precipitation events and store water through droughts. Restoring vegetated buffers is important in flood-prone areas, but also in areas upstream of those places to reduce the speed and potentially the volume of floodwaters."