Enviro Energy, LLC (http://www.enviroenergyny.com/) is a grass-pelleting company owned and run by the Miller family (p: 607-829-8372, e: mlmmrm@frontiernet.net). Their facility is located in Wells Bridge, NY, and was a major participant in the Delaware County Grass Bio-Energy Project (see listing for CCE Delaware). All of their equipment was bought used, and most of it was bought together for the price of a couple hundred thousand dollars. The equipment consists mainly of a hay grinder, a forage wagon, a hammer mill, a storage bun, an auger feed, and a pellet mill. There are also elevators connecting parts of the set up, a dust collector, and a bagger and heat sealer for the pellets.

All of the energy used in the plant comes from the company's own generator. The generator uses about nine to ten gallons of diesel fuel an hour, and maintenance is mostly limited to standard oil changes. There is a small cost for maintenance and repair of the machinery in general, and energy costs rise and fall depending on the current price of diesel.

Raw material comes from local farmers, most from within a ten mile radius, but sometimes from as much as 45-50 miles away. Mike Miller, one of the owners, reported that about a dozen farms contributed material last year. Most of the material is ruined hay or material too weedy for cows to eat. Some of the contributors are dairy farmers, and many contributions come from acres that have gone out of dairy farming, which the farmers want to keep viable for agricultural uses in the future. The Millers buy the material for $60 a ton, and sell the finished pellets for $225 a ton. Miller reported that the company has to produce a ton and a half of pellets per hour in order to make a living, which has been a struggle to approach.

The pellets are being bought by locals, from within the same radius as the raw material is coming from. Most of the pellets are used for residential heating, and what Miller predicted to be an increasing (though currently small) amount is used for the heating of town sheds and commercial buildings. Miller reports that since their first pellets were made in late October to early November of 2008 there has been a large amount of interest from locals in the whole enterprise. Miller says that there is some interest in purchasing the pellets, but that a lot of stoves need to be altered to burn grass, due to its higher ash content. As of now, the facility is producing only grass pellets, but there may be plans to manufacture wood pellets, or pellets mixing wood and grass, in the future.

According to Paul Cerosaletti, the Senior Resource Educator of the Precision Feed Management program at CCE Delaware County (p: 607-865-6531, e: pec6@cornell.edu), CCE of Delaware County helped the Millers get started through their first six months in business, advising them on what types of feedstock to use and related issues. Cerosaletti believed the the raw material for the pellets to be coming from local farmers within a 15 mile radius of the plant, selling surplus grass of various kinds. According to Cerosaletti, the producer of the pellets has found that switchgrass has not worked well. Canarygrass and regular grasses are the most successful. He reported that Enviro Energy had tried out grass shipped in from New Jersey, but it was not woody enough. He says that batches of hay are tested and used as they come in the batch, but Cerosaletti believes that this year Enviro Energy will be getting more picky about what raw material they use. 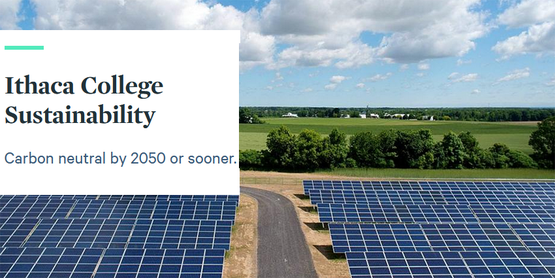