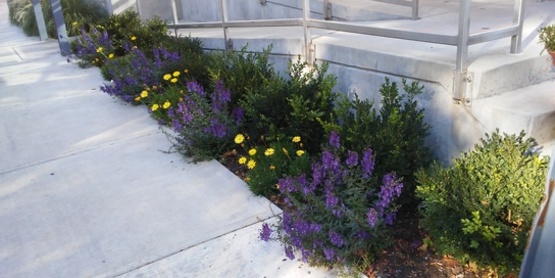 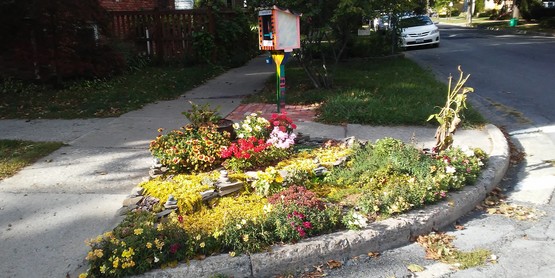 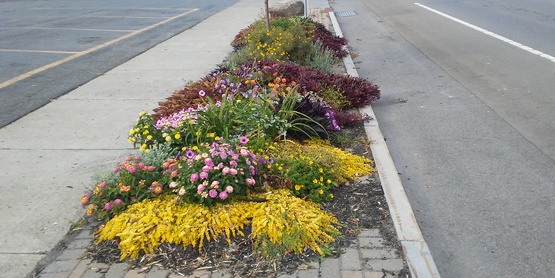 The 2016 Community Beautification Award for a Business was presented to Ithaca Agway for their colorful landscape plantings on either side of their building on Route 13 and on Fulton Street. Staff Linda Brown and Stephanie Andersen are responsible for planting and maintaining the gardens and accepted the award for Agway.

The 2016 Community Beautification Award for a Civic Association went to the Groton Public Library for outstanding landscape plantings in front of the library on Route 222. Volunteers Chris Griffin and Mary Roberts replaced the existing evergreen shrubs with flowering shrubs and perennials and maintain the garden each year.

The 2016 Community Beautification Award for a Residence was presented to Lynn and Kate Coffey for their excellent curbside garden at the corner of Farm and Aurora Streets in the City of Ithaca. Flowering annuals and perennials are planted in the stone-edged bed, and a free little library next to the garden is colorfully painted to match the garden. 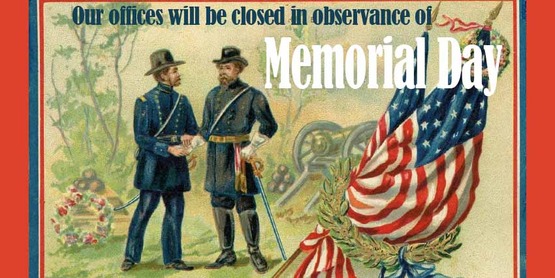