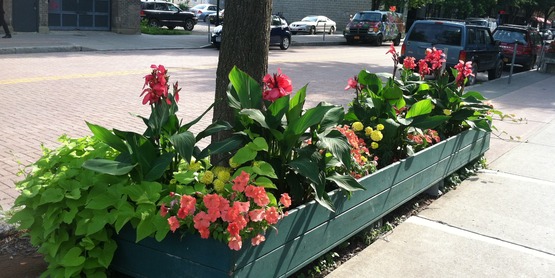 The 100 block of West State Street / Martin Luther King Jr. Street starts at the west end of the Commons at Cayuga Street and runs west to Geneva Street. The street trees in this block are framed by wooden planter boxes planted and maintained by the Beautification Program.  More planters have been added on S. and N. Cayuga St. in recent years.  The Beautification Program plants all these planters with three  season interest.  The season starts in early spring with fresh-faced pansies in multiple colors.  In June, these are replaced by a variety of foliage and flowering plants for the summer.  For winter, the planters are filled with evergreen boughs, upright branches and holly berries for color.

Most of the planters are mixed sun and shade, so plants are chosen that prefer less sunny locations.  A couple of planters are in full sun at the west end of the block.  These are planted with Petunias, Geraniums, Marigolds, Cannas, Calibrochoa and other sun-loving plants. 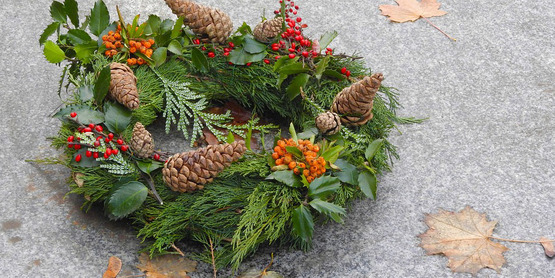