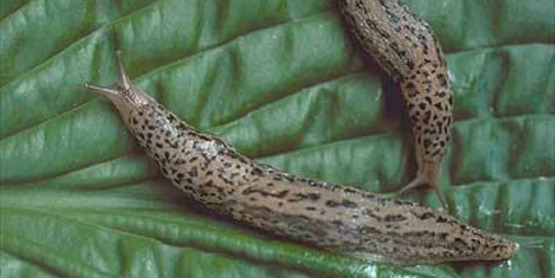 Image by HGIC, University of Maryland

Question: Many different plants at my house, including container plants, have holes in their leaves, but I don't see any insects. What could be the problem?

Answer: There's a good chance your plants are being fed on by slugs or snails. Unless you go out early in the morning, or in the evening, or on a damp cloudy day, you may not catch them feeding on the leaves. Sometimes you can see a slime trail, or they may be clustered under the drain hole of a pot, or under mulch (one drawback to mulch). An additional clue is that the damage is widespread. Most insect pests tend to specialize more on a particular plant or its relatives. Exceptions to this general rule include Japanese beetles and the four-lined plant bug.

Some years ago, Organic Gardening magazine published a list of almost 30 home remedies to deal with slugs and snails (slug relatives with a shell). Some home remedies are more effective or labor-intensive than others.[See: "Slug Stoppers" on the Organic Gardening website]. In a small garden, handpicking the slugs off your plants (use gloves to keep the slime off your fingers!) is actually very effective at the right time of day (early evening) when they are out feeding. Using old beer is a time-honored slug control method, but I have learned that it is the yeast that attracts them. So you could also use expired yeast that's no longer suitable for baking. The drawback is replenishing the beer or yeast solution after rain or watering.

The new commercial slug baits contain iron phosphate, which is much safer for the environment, pets, and people, than the older metaldehyde slug baits (which are toxic to pets and people). Scatter the iron phosphate baits about once a week for a few weeks to decrease the population. It's very satisfying to put a piece of bait right next to a slug, and see it turn around and start eating it! To prevent rain from dissolving the iron phosphate baits, try putting them in a sideways bottle. I haven't tried this yet, but I've been told the slugs will crawl into the bottle to eat the bait.

When digging in the soil this fall, watch out for clusters of eggs resembling tapioca. These are slug or snail egg clusters. Take the extra time to dispose of them when you see them, and you will have a headstart on next year's slug/snail control. 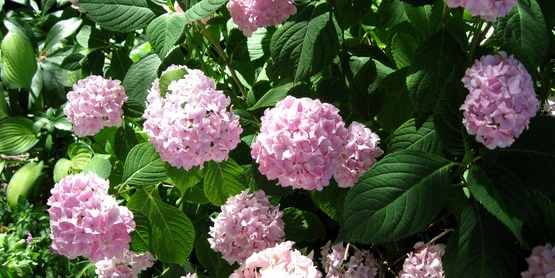