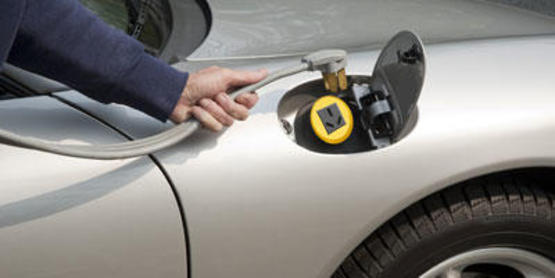 EVs can do everything "regular" cars do, only better

Welcome to the second in a series of Climate Week articles from the Energy & Climate Change Team at CCE Tompkins. Today, we tackle transportation.

One of the biggest greenhouse gas emitters, this sector is also one of the hardest to completely convert off fossil fuels. Largely, that’s because we’ve become addicted to our cars, and cities and society have built up around us to support our car culture. But there are some easy and effective ways we can each reduce the impact transportation is having on our planet

The first order of business is cutting down on vehicle miles driven. We simply must start driving less, especially cutting down on the all-too-common single-occupancy vehicle trips. That doesn’t mean eliminating all driving, just being more conscious of not always using the car as the default. Carpooling and taking public transportation help. As we’ve found, working from home also helps (and is more do-able for a lot of us than we expected pre-pandemic). Many of us have also rediscovered the joys of biking and walking.

This week, NY State is running their Go Car-Free for Climate campaign. Sure, it’s a climate week initiative, but it’s good anytime. Basically, take a look at your car habits and make a commitment to take a car-free day now and then. (More information at https://ogs.ny.gov/greenny/nys-car-free.)

Second, those miles you do drive, drive them in an electric vehicle. The main thing to know about EVs is they have no emissions (though there are, of course, plenty of emissions, waste products, etc. in their manufacture). The other thing is that they’re basically just cars, so they give you everything you’re looking for in a car (except better).

Even though there are dozens of all-electric and plug-in hybrid models available, consumers and the fossil fuel industry are proving difficult to convert to EVs. But even modest gains in the market can result in significant greenhouse gas savings.

According to a study from Argonne National Laboratory, in 2019, light-duty plug-in electric vehicles in the U.S. saved about 470 million gallons of gasoline (as compared to using the same vehicles running on gas). And even though those vehicles increased overall electricity use, they still resulted in almost 45 trillion BTUs of energy savings. Part of that is because EVs convert about 60% of the electrical energy from the grid to power at the wheels, while conventional gas engines only convert about 20% of the energy stored in gas to power at the wheels. It’s not just energy and greenhouse gases that are saved, either. According to the National Renewable Energy Laboratory, EV owners can see lifetime fuel cost savings of $3000 to $10,500.

Here in NY State, there are currently almost 55,000 electric vehicles on the road. Tompkins County boasts 773 as of the latest data published earlier this month. Two and a half years ago, there were only 202 EVs registered in Tompkins County.

Part of that is due to the wider selection of all-electric and plug-in hybrid vehicles available today. Every major car manufacturer currently offers some form of electric vehicle, and they come in pretty much every shape and size. In addition to the well-known Teslas, Nissan Leafs, Toyota Prius’s, and Chevy Volts (discontinued recently, though the all-electric Bolt is a great option), there are Kias, Hyundais, and luxury models from Porsche, Mercedes, Audi, BMW, and others (Cadillac announced their all-electric Lyriq last month). Half of all plug-in electric vehicles on the road in 2019 were what are considered “mid-size” cars but there are also two-seaters all the way up to minivans (and bigger). There are also all-electric and plug-in hybrid motorcycles.

Like your cars super-sized? GM is set to reveal its plans for an all-electric Hummer in October. GM stocks jumped at their announcement of buying a stake in electric-truck company Nikola earlier this month, which is expected to give Tesla a run for its money in that market (curious what the actual Nikola Tesla would think of that if he was here to see it). Nikola (the company) also recently signed a deal to make all-electric garbage trucks.

And Tesla and other electric car makers are eyeing the large truck market, as well. That’s a big deal, since we still largely rely on trucks to move vast quantities of stuff around the country. According to the DOT, in 2018, 68% of all freight was moved by trucks.

Back to the consumer level, the iconic Ford F150, the best-selling pickup truck year-after-year, is getting an all-electric twin (set for release in 2022, it’s still being called an F150). In fact, Ford plans to build a whole new plant in Michigan ($700M, 300 jobs) to assemble batteries and manufacture the all-electric F150. Because electric motors can produce more power than their gas-engine equivalents, the F150 electric pickup is slated to be the most powerful F150 ever produced. And because the batteries lay along the undercarriage, it allows the electric F150 to feature what’s being called a giant “frunk,” or front trunk where the gas engine usually goes.

According to early estimates, it won’t be cheap (car website Inside EVs said “We expect a sub $100,000 starting price…”). Tesla’s Cybertruck, which was unveiled last November and is set to be released next year, is claiming a starting price of around $40,000—cheaper than a lot of “regular” pickup trucks.

EVs will save you money over time. In addition to the state and federal tax credits that help offset the upfront cost, EVs cost 50-70% less to operate per mile, according to research from Energetics. In addition to the savings from using electricity rather than gasoline mentioned previously, you’ve probably heard that there are no oil changes with EVs, or nearly as many moving parts that could need replacing.

And if you’re not able or interested in buying new, keep an eye out for lease deals, quite possibly the best car deals out there.

But people will continue to throw up self-induced barriers to converting to EVs (admittedly, I have my own). Some are very real, but some have very little basis in fact.

Range anxiety has always topped the list for many people. This is the idea that because there aren’t very many charging stations available, you’re likely to get stuck without “gas” (electricity in this case) if you travel anywhere outside your regular 10-mile-or-less commute. There are several things wrong with this notion.

First, the range of EVs has increased substantially over the past few years, with even models from the major manufacturers being able to travel upwards of 150 miles on a single charge. The Nissan Leaf boasts a range of 150 to 226 miles. The Tesla Model S “Plaid” (doesn’t actually come in plaid), set for release in 2021, is expected to have a range of an astounding 520 miles! (And it’s fast… it’s expected to have the quickest track time ever, including a sub-9-second quarter mile and sub-2-second zero-to-60mph time.)

Second, charging stations are becoming increasingly common. And with New York’s plans to decarbonize its transportation sector and reduce statewide carbon emissions by 85% compared to 1990 levels, along with a goal of getting 850,000 zero-emission vehicles on the road by 2025, it’s investing in bringing on even more infrastructure. Working with state utilities, a plan was recently authorized to install 50,000 Level 2 charging stations and 1500 DC fast chargers, along with incentives for charging infrastructure aimed at fleets. (The $701M program is expected to stimulate $1.5B in new investment and $2.6B in consumer benefits over the next decade.)

Third, you can always consider a plug-in hybrid, which is essentially a car with both a gas and electric engine. Unlike a regular hybrid, though, as the name states, you can plug it in to run full electric as long as you have enough electric “juice” to run that engine (but when you run out of that, it uses gas to keep you moving until you reach a gas or EV charging station). The problem with these is that you have two engines, which means the all-electric range is usually relatively low and there’s twice as much that can go wrong and twice as much to maintain.

If you’re still concerned, since many families have two cars, having one all-electric and one plug-in hybrid may make sense for you. Or for those infrequent long trips to see Aunt Jane, consider renting a car, and drive all-electric the rest of the time.

Another common myth is the one about an electric engine’s power compared to gas. This one has largely been debunked, since, as I’ve stated above, electric motors have far more power than their gas equivalents, and EVs have been shown time and again to outperform gas engines in this category. That all-electric F150 we talked about earlier? Ford posted a video of it pulling 1.3 million pounds of freight trains (filled with 42 more F150s) 1000 feet.

The last one I’ll address here is cars catching fire. While it’s true that there have been some high-profile cases of electric vehicles catching fire (after the lithium batteries were punctured by road debris or in an accident), that’s still quite uncommon, even in major accidents. And, remember, gas vehicles have been catching fire for decades. Recently, one of the largest wildfires in Southern California is believed to have been sparked by a diesel truck malfunction. Not a major accident, just a malfunction.

Clearly, we need to address transportation if we’re going to get anywhere in addressing climate change. Let’s all take a pledge to drive less, share more of those miles with others, and make the move toward electric cars as soon as we’re each able.

Go to http://ccetompkins.org/environment/electric-vehicles for CCE Tompkins’s EV information, including owner testimonials and the experience of Tompkins County Department of Health employees when they shifted their fleet to EVs, or contact Guillermo Metz, Energy & Climate Change Team Leader at gm52@cornell.edu or 607-272-2292, x185.