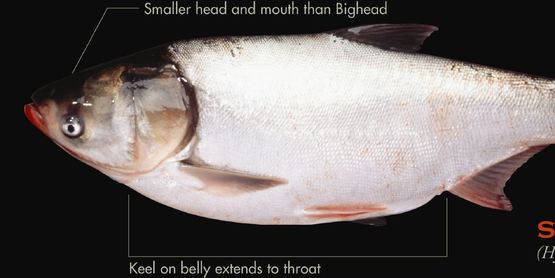 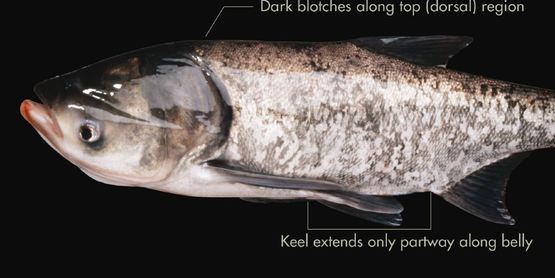 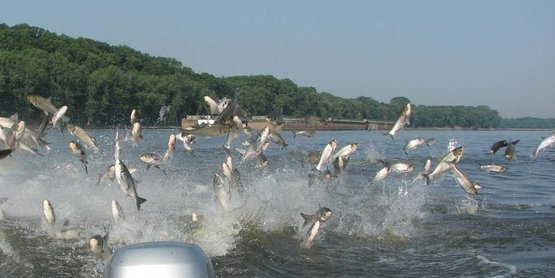 Carp are not native to North American waters, but various carp species have been introduced here since the mid-1800s, much to the detriment of native fish. Although carp eradication measures have been active for over 100 years, long-established species, like the common carp, are present in almost every state.

Asian carp (bighead, black, grass, and silver carp) were imported to the United States in the 1970s as a method to control nuisance algal blooms in wastewater treatment plants and aquaculture ponds as well as for human food. Within ten years, the carp escaped confinement and spread to the waters of the Mississippi River basin and other large rivers like the Missouri and Illinois.

Asian carp are in direct competition with native aquatic species for food and habitat. Their rapid population increase is disrupting the ecology and food web of the large rivers of the Midwest. In areas where Asian carp are abundant, they have harmed native fish communities and interfered with commercial and recreational fishing.

Experts are extremely concerned about the consequences of Asian carp invading the Great Lakes, where the carp would negatively affect the $7 billion-a-year fishing industry. [From USGS/United States Geological Survey page, "What are Asian Carp?"]

AsianCarp.us website is hosted by non-profit and government partners from the United States and Canada that are working together to prevent the spread of Asian Carp into the Great Lakes and other regional and international waterways. The site includes general information, a collection of printable handouts and brochures, videos, photos and other resources.

The United States Geological Survey invasive species website includes information on the Asian Carp such as Frequently Asked Questions, an overview of its impacts and control methods; and related scientific research.

Asian Carp in the Great Lakes News Article - covers the dangers of Asian carp and why we need to prevent  them from spreading.

Find recipes for how to prepare Asian Carp and other edible invasive species
on the EatTheInvaders.Org website.