Since 1913, Cornell Cooperative Extension of Tompkins County (CCE-Tompkins) has offered residents useful information and free or low-cost educational programs as part of its unique mission to connect local communities with the most reliable and up-to-date research being done at Cornell and other land grant colleges and universities across the nation.

Although neighboring Broome County was the first location in New York State to provide its citizens with a Farm Extension Agent (John Barron) in 1911, Tompkins County followed soon after and established the Tompkins County Farm Bureau Association in 1913.

In 1920, the "Tompkins County Home Bureau" was added, with Vera McCrae, County Demonstration Agent for Cortland County, taking responsibility for both county programs. Overseen by the Farm Bureau Executive Committee, the Home Bureau started with an annual budget of $1500 from Tompkins County in 1920. Its offerings included classes in clothing and millinery construction, health and nutrition, community projects, and civics ("to bring the women to a realization of the importance of voting"). By 1921, the Tompkins County Home Bureau had 926 women members, each paying an annual membership fee of $1/person.

The Farm and Home Bureaus and 4-H were housed for many years in the Tompkins County Courthouse on North Tioga Street in Ithaca. By 1945, the local need for an Agriculture and Homemaking Center was apparent, and a committee of the board was formed to study the issue and make a plan.

The new Tompkins County Agricultural & Homemaking Center (photo above) opened in 1955 in the old Mother Zero Building at Meadow & Fulton Streets, Ithaca (next to the current Ithaca Agway).

In 1956, the Farm Bureau became a separate entity thoughout New York State, and its legal relationship with Extension was dissolved. This occurred so that the Farm Bureau could have a more active role in the legislative process and take positions for or against on government programs for agriculture, which was not appropriate for Extension as a largely tax-funded educational organization. The two organizations continue to this day to partner on projects of common interest, such as AgStravaganza! and Farm City Day.

In 1986, the CCE-Tompkins Education Center moved to its current location at 615 Willow Avenue just off Route 13 in Ithaca. CCE-Tompkins also owns 4-H Acres, a nature facility located on Lower Creek Road, which is the site of the annual 4-H Youth Fair and other activities.

"To maintain the highest ideals of home life; to count children the most important of crops; to so mother them that their bodies may be sound, their minds clear, their spirits happy, and their characters generous; to place service above comfort; to let loyalty to high purposes silence discordant notes; to let neighborliness supplant hatreds; to be discouraged never; To lose self in generous enthusiasms; to extend to the less fortunate a healing hand; to believe one's community may become the best of communities; and to cooperate with others for the common ends of a more abundant home and community life. This is the offer of the Home Bureau to the home maker of today. " 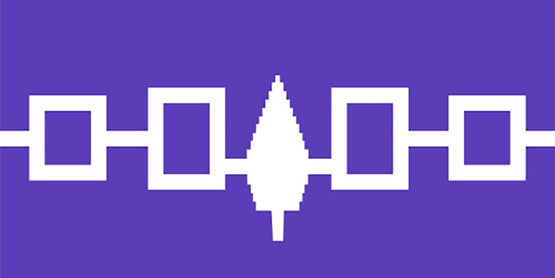 CCE-Tompkins is located on the traditional homelands of the Gayogo̱hó:nǫ' (the Cayuga Nation). The Gayogo̱hó:nǫ' are members of the Haudenosaunee Confederacy, an alliance of six sovereign nations with a historic and contemporary presence on this land.

The confederacy precedes the establishment of Cooperative Extension, Cornell University, New York State and the United States of America. We acknowledge the painful history of Gayogo̱hó:nǫ' dispossession, and honor the ongoing connection of Gayogo̱hó:nǫ' people, past and present, to these lands and waters.