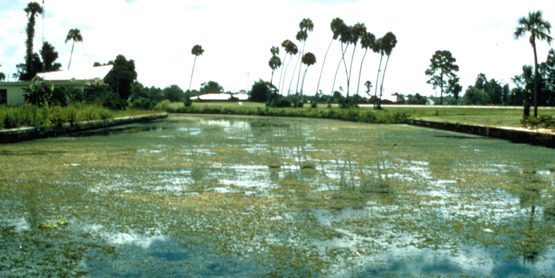 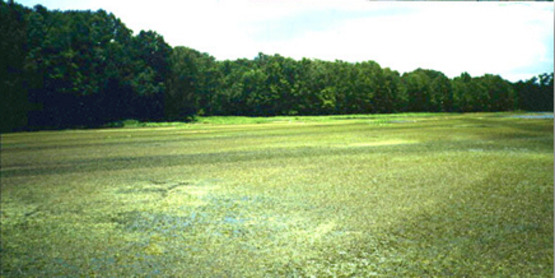 Estimating the Value of Invasive Aquatic Plant Control: A Bioeconomic Analysis of 13 Public Lakes in Florida

The State of Florida faces many problems within its water bodies and waterways. Invasive aquatic plants pollute 96% of the public lakes and rivers in Florida. These invasive aquatic plants greatly impact natural cycles as well as recreational means such as camping, hiking, birding, etc. Back in 2001, anglers alone accounted for $7.8 billion of economic means from these lakes and rivers.

With such high economic gains from these water bodies, Florida's invasive aquatic plant control is continually seen as a high priority. Since the protection of these natural systems is a major goal in Florida, the public funding to control invasive plants in natural areas is $32 million per year. Hydrilla is one of the two invasive aquatic plants that are considered to be under the state's top control priorities. The reasoning behind this top priority has to do with the recreation-based impacts of hydrilla. Hydrilla is dominant enough that it displaces native plants, alters habitat, and has the ability to disrupt ecosystem processes. It can also reduce fish populations by blocking oxygen exchange which results in decreased dissolved oxygen levels. This also doesn't include the impacts to boating, swimming, and fishing. An example of this can be seen in Orange Lake, Florida, where there was a 85% decrease in angler activity when hydrilla coverage went from 0% to 95% within the lake.

A model was created to predict the costs and benefits of invasive species control within just 13 of the 454 public lakes and rivers in Florida. The findings show that consistent invasive species control is necessary and funding for this is extremely important. The value of fishing activity alone on the 13 lakes was estimated to hold a value in excess of $64.78 million per year, and the steady-state net benefit of the status quo control strategy is $59.95 million. The model also predicted that a single one-year lapse in control would lead to a 20.67% decrease in recreation and twice the amount of costs in long-term control. These results show that control policies are extremely important and necessary when dealing with hydrilla and other invasive aquatic species and even one lapse in control can be detrimental.