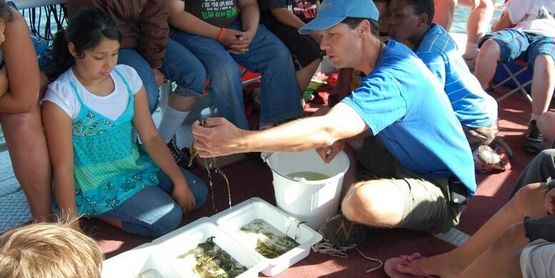 Hydrilla was first found on August 4th, 2011 in Linderman Creek. This first specimen was found by Jordan Stark, a volunteer on the Cayuga Lake Floating Classroom. Through careful surveying, hydrilla was also found in many other areas of Cayuga Inlet.

The Cayuga Inlet was closed for about 2 weeks in mid-October 2011 to allow the use of the herbicide endothall to kill an extremely aggressive invasive plant, hydrilla, that threatens the ecosystem of the Great Lakes. This action was recommended by the Hydrilla Task Force, after consultation with local community members, businesses, politicians, and Inlet users. Until the application of the herbicide, the City of Ithaca strongly discouraged the use of boats in the inlet.

It cost about $91,000 (plus staff time and volunteer time) to contain hydrilla this first year, and substantial investments will be needed for follow-up for the next 5 years or more to reach the goal of eradication. Left unchecked, the cost to manage hydrilla will rise dramatically. States with widespread hydrilla infestations, such as Florida, spend up to $30 million per year to contain hydrilla and allow for limited boat traffic.

Responses to Concerns Expressed by the Community

it is required that sampling and monitoring of the water is done throughout the season in order to accurately know the concentration of herbicide in the water. Below are maps of the overall herbicide treatment area and sampling/monitoring sites of the 2011 treatment season. 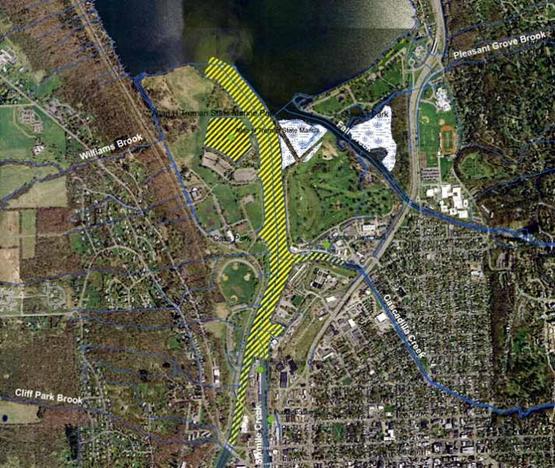 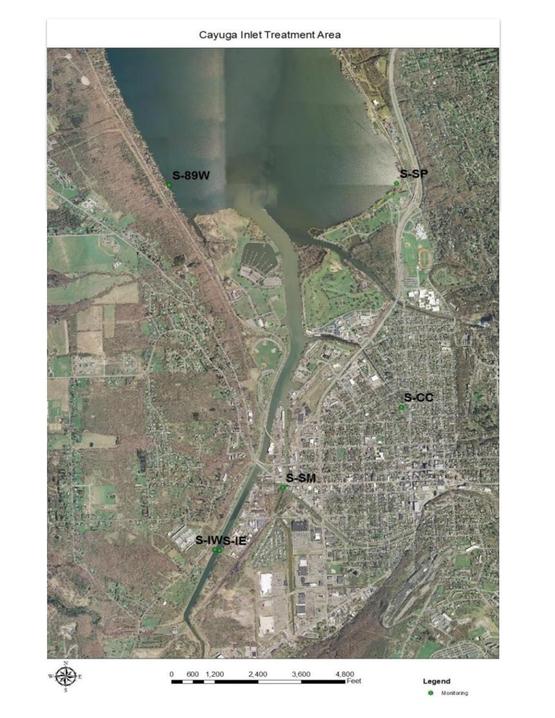 An Intro to Hydrilla

An Introduction to Hydrilla in the Cayuga Inlet webinar is available for online viewing. The 5-part presentation covers:

​ Hydrilla Eradication Experience in US

Experience with hydrilla in California, Washington, Florida and elsewhere suggested we had a very narrow window of opportunity - a window of just a few weeks - to arrest hydrilla spread in the Cayuga Inlet in the fall of 2011. The widespread formation of reproductive structures call turions would substantially increase the area of the infestation and increase the likeihood of the spread of hydrilla into the lake. With a quick response, the Hydrilla Task Force determined we had a good chance of wiping out hydrilla in the Cayuga Lake watershed, based on the successful eradication of hydrilla elsewhere in the US.

Hydrilla in Cascadilla and Cayuga Inlet

Hydrilla Attack, a 15-min. video explains the threat hydrilla presents and the urgency of the situation.

The Hydrilla Task Force of the Cayuga Lake Watershed is working on the strategies and permits needed to try to eradicate the hydrilla before it spreads to the main body of the lake and to other Finger Lakes. CCE-Tompkins and state-wide Cooperative Extension staff serve on the task force.